on November 23, 2012
The London based dance troupe Shock was in the vanguard of the New Romantic cult of the early 80's in company with Boy George, Duran Duran, Steve Strange and Spandau Ballet. The group performed in clubs like The Haçienda, The Blitz Club and The Venue(London). Alongside performing and working with other artists, they also released two singles in the early 80's. Their second single "Dynamo Beat" was produced by Richard James Burgess of Landscape and it was released in 1981 on RCA Records. The music video for this song was recorded around 1982 and featured Tik and Tok, Barbie Wilde and Carole Caplin. 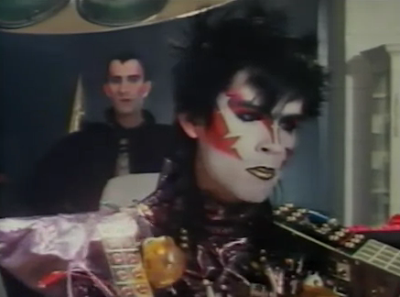