on November 04, 2012
Thirty years ago Mute released "Life on the Line" by Fad Gadget. The song was taken from Fad Gadget's third album 'Under the Flag' which was released in the same year. During this performance (Hotel Suburbia 1983) the group also performed their biggest hits "For Whom The Bells Toll", "Lady Shave" and "Back to Nature". The whole performance and a lot more was featured on Fad Gadget/Frank Tovey compilation which was released by Mute in 2006. 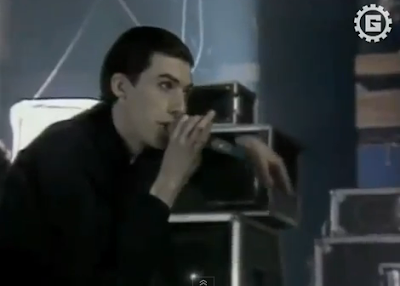