on November 09, 2012
Savages is one of the finest post punk outfits which has emerged during this year. The group is from London and it was formed in late 2011. Savages are fronted by Jehnny Beth who is also associated with the duo John & Jehn and the line up also includes Gemma Thompson (guitar) Ayse Hassan (bass) and Fay Milton (drums). Their music is a mixture of all the different post-punk influences and also described as "the all-girl Joy Division".
They had their first gig in January 2012 supporting rock band British Sea Power. They also released a live EP 'I Am Here' which includes songs from their live sets in Nottingham and Bristol. A great live band to watch out for in 2013.
https://www.facebook.com/savagestheband 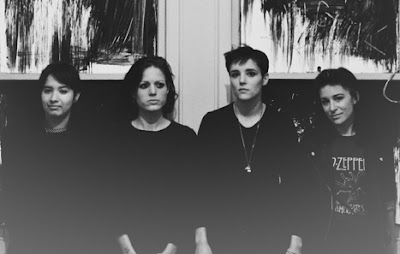