on November 01, 2012
Back in October i did a short feature on Milan based musician Xiu. At that moment she was on the verge of releasing a limited edition, 55 copy cassette of her official debut EP. Now that it's sold out but still available in a download version, i wanted to know more about the woman herself. It must be said that her sounds have captured my entire being in a way that very few have this past year. With that in mind, i decided to get in touch with her about the possibility of answering a few question. To my sheer delight she said yes and here it is. 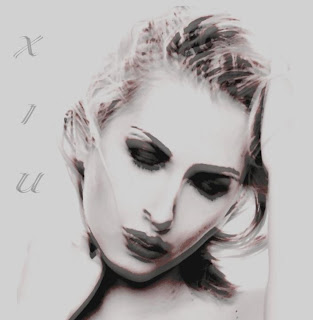 1) Just so we can get an idea, could you tell us a little about who you are?

The first question and such a difficult one. Who am i? Well, i'm a woman who loves music very much and maybe that sounds banal. Though it is an honest answer. I started to sing before i even started to speak. I started playing piano at the age of 2 years old so i really don't remember myself without music. I'm a musical woman!


2) Are there any particular artists who influenced your decision to persue music?

There are so many! When i was a child, i loved listening to melodic songs with beautiful
voices. ABBA were a favorite as well as various Soviet and European folk and classical singers. I come from a family where most of the women were singers. It's a tradition that has carried on to this day. Also, it's a Russian tradition to sing Russian folk songs, at the table, when family gets together. I wrote my first song when i was 12 years old. It was just some silly lyrics with piano accompaniment. Tragically sad and melancholic from what i remember. Not much has changed since then.


3) What can you tell us about the writing and recording process of your music?

2 years ago i bought my first analog synth and started learning how to use it. It has been a bit of a process as it is more technical than just playing a piano. I just try to unite my capacity to play with my emotional state, and programming. I find it all very interesting.


4) There seems to be more DIY female musicians taking control of their destinies these days. Writing, producing, and performing their own material. Do you feel they get the attention and credit they deserve as opposed to male musicians or even female artists who don't?

Good question! Not every female artist can perform the difficulties that sometimes go along with using music technology and do it as well as a male artist would. I don't want to go off on a tangent that some might see as chauvinistic as it's not my intention. Though i will say i've experienced questions and assumptions concerning my music. Many people are always very surprised when i tell them i have no help and do it all on my own. Female vocalists have always received attention but there has normally been a man behind the scenes producing and writing. I've seen this in electronic music as well. It still exists but i do see the situation changing. More women are learning the process of writing and producing music by themselves and getting more attention. But still not in the way that males do.


5) Is there any kind of music scene in Milan? Do you venture out to local live gigs? Does it inspire you or do you find it from within and other sources?

I honestly don't see any form of a concrete music scene in Milan. There are many good musicians and bands but i can't say i was inspired during my past outings. I realized that a musical underground culture doesn't exist here. Not even by way of the internet. Those who i know personally and share this mutual interest are very few.


6) The Berlin based [aufnahme + wiegergade] label is home to your most recent EP release. Their amazing roster includes Die Selektion and Lebanon Hanover amongst others. How did you get involved with them?

I got in touch with [a + f] after their compilation, "Forward + Rewind: The Future Echo Tapes, featured Etromix. That is my side-project with Luca Morte from Die Selektion. I simply asked Phillip if he would be interested in releasing my Xiu material and he agreed. I'm very grateful to him for doing that.


7) And finally, what are your future plans for Xiu? More releases? Is there a possibility of any live performances?

I have many plans for Xiu! In early 2013, i'll be releasing my second tape on the Swedish label Belaten . I'm also in talks with an American label called Night People Records . At this moment i'm preparing for my debut live performance. This will take place in Switzerland in January. And last, i've met a guitarist, here in Milan, who i've been collaborating with. So another side-project is sure to come. 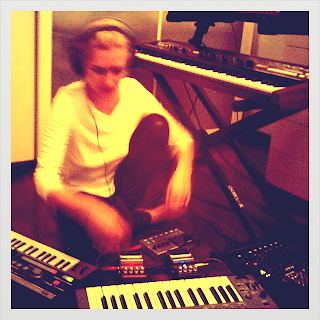 I just want to say thank you to Oksana for for her time and answers. You can see and hear more of Xiu at the following links. Xiu @ Facebook , Xiu @ SoundCloud , and Xiu @ Bandcamp . We'll leave with the video for Xiu's forthcoming release on Belaten.