Adam Ant to Return with a New Album Next Year

on November 07, 2012
Pop icon Adam Ant is making his eagerly-awaited comeback with his first album and single in 17 years, a world tour and a film. The national treasure, who rose to fame as lead singer of post-punk group Adam and the Ants in the early 80's, before embarking on a hit solo career, earned ten UK top ten hits - including three number ones - and became a figurehead for the New Romantic movement in the UK.
After overcoming a well-documented battle with depression and bi-polar disorder, the London legend has finally bounced back with the eagerly-awaited album - Adam Ant is 'The Blueblack Hussar In Marrying The Gunner's Daughter'. His first single in 17 years, "Cool Zombie" will be fully released on November 19th - and the album will be released in on Monday 21st January.
http://www.recordstore.co.uk/ 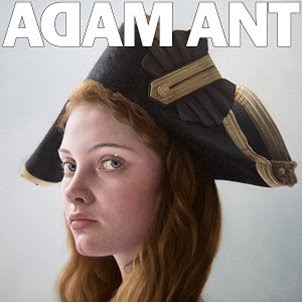