on October 13, 2012
Raven is back with another set of album reissues by the Los Angles based New Wave stars Wall of Voodoo. Already in 2009, the label reissued the first two albums by Wall of Voodoo, 'Dark Continent' and 'Call of the West' on one CD. The new reissue set features three albums which completes Wall of Voodoo's body of work which was released during the 80's decade. This includes 'Seven Days in Sammystown' (I.R.S., 1985),'Happy Planet' (I.R.S. 1987) and 'The Ugly Americans in Australia' (I.R.S., 1988). 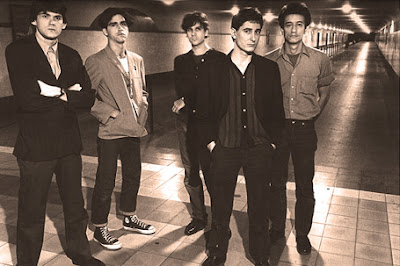 Third album 'Seven Days in Sammystown' yielded the hit single "Far Side of Crazy" while the fourth 'Happy Planet' boasted a demented re-working of the old Beach Boys fave "Do It Again". The band was particularly popular in Australia which is where the rambunctious live album 'The Ugly Americans in Australia' was recorded while they were on tour. Also available on Raven Stan Ridgway solo 'Mosquitos'...
More info:
http://ravenrecordscomau.melbourneitwebsites.com 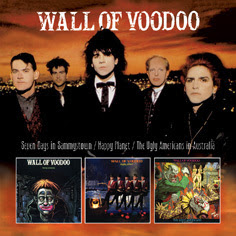