on October 23, 2012
Thirty years ago Tears for Fears released "Mad World" which became one of their best selling singles of all time. The song was written by Roland Orzabal and sung by bassist Curt Smith. The song reched Number #3 in the UK charts and it would eventually become Tears for Fears' first international hit, reaching the Top 40 in several countries between 1982 and 1983. The promotional clip for "Mad World", filmed in late summer 1982, was Tears for Fears' first music video that was directed by Clive Richardson.
Two decades later, the song was covered in a much slower, minimalist style by composers Michael Andrews and Gary Jules for the soundtrack to the movie 'Donnie Darko' in 2001. 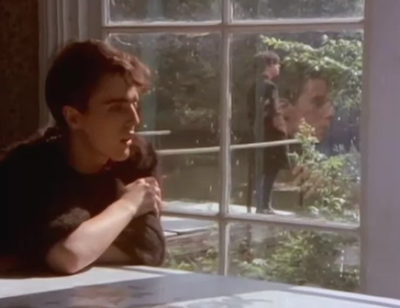