Wired for Sound- The New Book About 80's Music Childhood

on September 03, 2012
This summer Simon & Schuster Ltd have released 'Wired for Sound' by Tom Bromley who is know for his mixture of fiction and non-fiction, mainly with a pop culture slant.
'Wired For Sound' chronicles the rise and fall of eighties music, from the Band Aid highs of Duran Duran, Wham! and U2 to the Band Aid II lows of Bros, Jason Donovan and Wet Wet Wet. In loving detail, it explores the themes that defined the charts of the time: from music videos to VW badges, synthesisers to stadium rock and from Radio One to Frankie saying "Relax".
Tom Bromley captures, too, the experiences of the small town boys and girls who grew up listening to the music: a generation of 'Smash Hits' readers and Sony Walkman owners, 'Top of the Pops' viewers and C90 cassette compilers. Evoking an era when it really mattered who was number one, Wired for Sound is an affectionate celebration of both a musical youth and the decade when young guns really went for it. 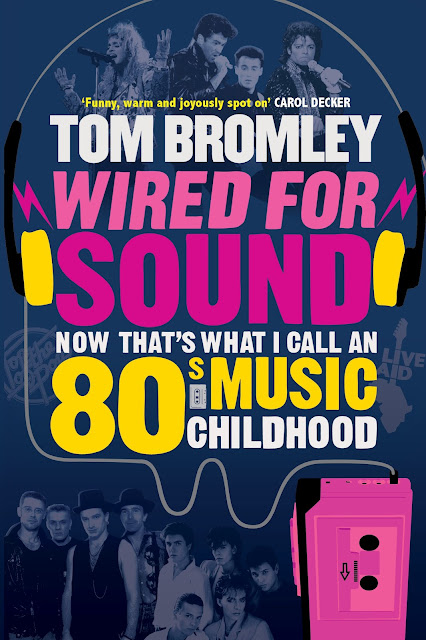