on September 04, 2012
A Brooklyn based musician Kurt Feldman, originally a member of The Pains of Being Pure at Heart, has a new band project called Ice Choir. Ice Choir's smooth and glossy retro synth-pop reminds of Scritt Politti, late OMD and even Johnny Hates Jazz. Just close your eyes to their music and you will dream of 1985.
Ice Choir is from Brooklyn, it was formed in 2010 and consists of Kurt Feldman, Raphael Radna, Avery Brooks and Patrick South. Their debut album 'Afar' was released on July 31st and it is available on CD and LP. 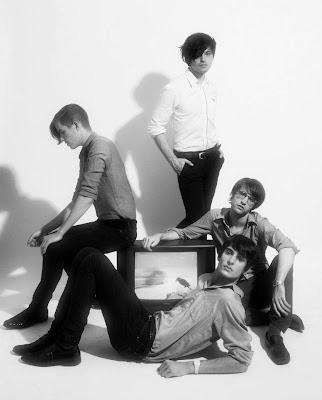