on September 02, 2012
Vogue was a Los Angeles based group consisting of Aret Michel Madilian, Julie Kubat and Teresa Kubat. They released their only single, a wonderfully synth driven and very atmospheric "Sahara" in 1983. The song was issued as 12" for Aret Records and featured "Shattered Peace" on a b-side. The song appeared on 'A.A.V.V. Your Silent Face' compilation which was released in 2010. 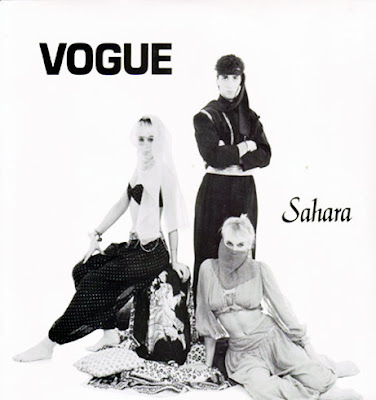