The Best of Propaganda on ZTT announced for September.

on August 08, 2012
After the successful reissue of Propaganda's second album 'Wishful Thinking' this year, one more record is to be released from the ZTT music factory. The brand new compilation is entitled 'Noise And Girls Come Out To Play: A Compact Introduction To Propaganda'. The compilation features classics, rarities and noise-shots from their essential records as well as Propaganda's studio sessions during the years spent taping at 'Sarm Studios', 1983 to 1986. The compilation is announced for release on September 3, 2012 and it is available on pre-order. 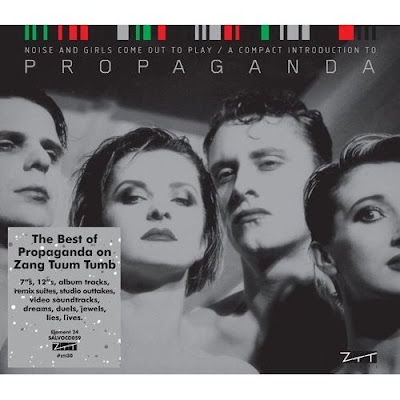