Singles Round Up- Olympic Special

on August 13, 2012
The 2012 Summer Olympic Games are officially over. This is our Olympic singles special. Kate Bush was rumored to be one of the performers during the closing ceremony at the Olympics, but instead of it, we only enjoyed the remix version of her major hit "Running Up That Hill" from 1985 which out as a single. George Micheal and Pet Shop Boys were among the performers at the closing ceremony. George made his comeback performing "Freedom" and his brand new single "White Light" while the Pet Shop Boys performed their classic "West end Girls". Their new single "Winner" was released this month and it announces the new album 'Elysium' which is out in  September. Detroit Starzz led by Steve Strange have released their debut single which perfectly fits the olympic spirit with the title "Aiming for Gold". Nik Kershaw returned with the new album this summer and the first single from it is entitled "Sky is The Limit". Finally, the new single from Yellow Magic Orchestra "Fire Bird" which was first preformed live at World Happiness 2011, annual summer festival is out this month. Goodbye to the Olympic Games, goodbye London. See you in Rio!
All the other summer music highlights later this month. Stay tuned! 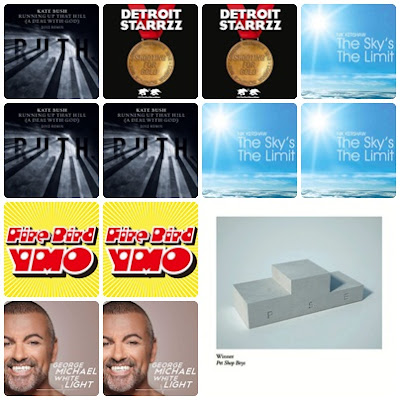