on August 11, 2012
Demon Music Group have announced the reissue of all six albums from the Scottish indie-pop act Aztec Camera. The reissue pack includes six albums originally released between 1983 and 1995 which will be reissued in 2CD or in single-disc expanded editions, each featuring an assortment of bonus cuts including non-album singles, B-sides and remixes. The album reissues are announced for August 27th in the UK. 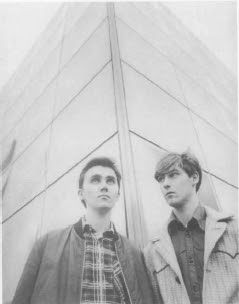