on June 07, 2012
Paul Buchanan of The Blue Nile is back with his debut solo album. 'Mid Air' is a collection of short, slow songs, all featuring Buchanan's immaculate voice accompanied by a piano and some subtle strings. The  was self-released on his own Newsroom Records on May 21, 2012. and it entered the UK charts at number 14. 'Mid Air' is available through Paul Buchanan's official site. 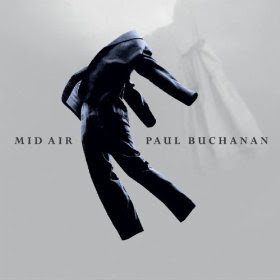