Out This Week: iamamiwhoami- Kin

on June 13, 2012
The long awaited new iamamiwhoami album 'Kin' is ready and waiting for you in the shops. This is the first full-length album by the Swedish singer-songwriter Jonna Lee. 'Kin' gained attention on the internet due to video chapters from the album being released online beginning since 2009. All the tracks from the album were previously released as singles from the first track "Sever" which was released in January all the way to "Goods" released a week before the actual album release. The album is available digital, Vinyl LP, CD and DVD and in the shops since Monday June 11, 2012. 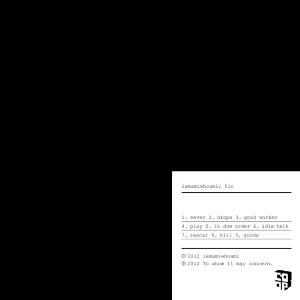