on June 18, 2012
Terror Bird is a project by the Canadian artist Nikki Never which took shape probably in 2009 when she released her debut album 'Sociopaths Are Glam' for 'Night People'. Since then, she has released another three albums for several different record labels including her latest album 'Secret Rituals' which was issued by the German record label Adagio830. The music of Terror Bird was influenced by the Smiths, David Bowie, Kate Bush and many others and it is haunted and ethereal bedroom pop driven by wonderful piano and synth arrangements and guided by Nikki's powerful and affecting voice. Nikki is currently touring Europe with Bianka Karre. 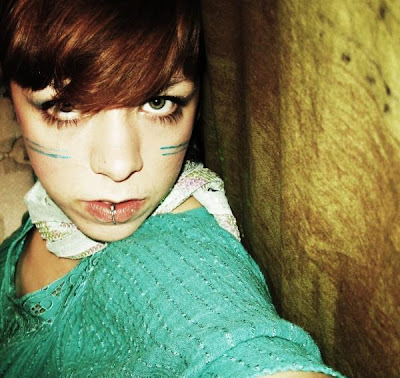