on June 26, 2012
4AD have announced the release of 'Love This Giant', an album which is a collaboration between David Byrne and Annie Clark (St. Vincent). David and Annie started working on this album round the fall of 2009 after being approached by Housing Works to write and perform a night of new music for charity. The concept of the album is centered around a brass band and it is announced for September 10th. It will be followed by 24-date tour starting September 15th. 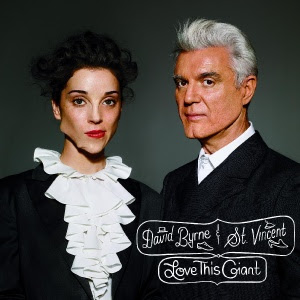