June Singles Round Up

on June 29, 2012
June is monthly round up is up and here are the highlights. Little Boots has released the second single this year entitled "Headphones" which will be included on her second album to be released this year. Mirrors have returned with a new single "Hourglass", album in the making. Rufus Wainwright has released the second single from his Mark Ronson produced album 'Out of the Game', the single is called "Jericho". "Drifting In And Out" is the second single for Porcelain Raft taken from their/his debut album 'Strange Weekend'. The Vancouver based Petroleum By-Product have released their debut single "Convenient and Cheap/ Rip Apart" for Happy Burro Records. Marsheaux and Twins Natalia have teamed up for a special double cover version 7" disc. Twins Natalia have covered Marsheaux's "Radial Emotion" and Marsheaux have done a version of Twins Natalia's "When We Were Young". It is out and available via Anna Logue Records. And last but not least, Cyndi Lauper is back with a new dance pop hit "Sex is in the Heel" for her new broadway show, Kinky Boots.
Thanks for keeping up with us.
Next round up in August! 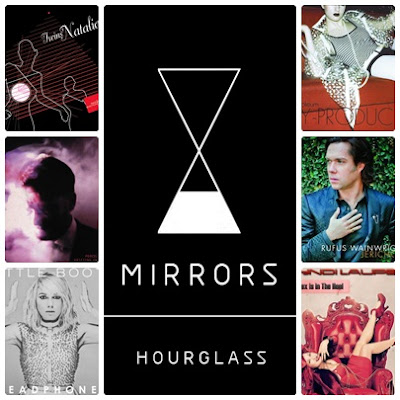