on June 08, 2012
San Francisco based hi-NRG singer and performer Paul Parker released his second single "Right on Target" in 1982. This song was produced by Patrick Cowley and it remained his biggest hit to date. The single was issued as both 7" and 12" single and it was backed by "Pushin' Too Hard" which was written by Sky Saxon. "Right on Target" was released through several different record labels including Megatron Records and Polydor. 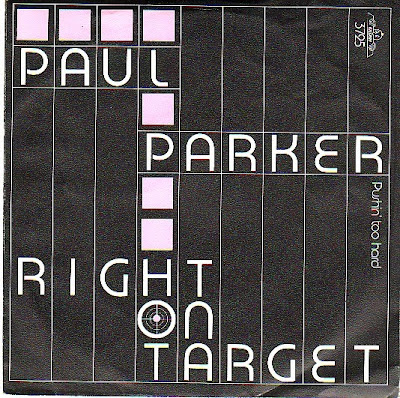