on May 16, 2012
Cherry Red Records have announced the release Vicious Pink's self titled debut album. The album was originally released internationally in 1986 and it will be available for the first time on CD worldwide. The CD features the nine tracks of the original album release and seven bonus tracks taken from the band's four singles during their spell with 'Parlophone'.
This release has been made with the full co-operation of Brian Moss - one half of Vicious Pink. Brian has supplied rare photographs, press cuttings, gig flyers for inclusion within the CD booklet. Brian Moss has written sleeve notes for the album. The CD booklet features many of the original sleeves + full UK discography. The album will be out on June 18, 2012.
Back in 2009, we did an interview with Brian Moss and you can read here what he had to say about his time with Vicious Pink. 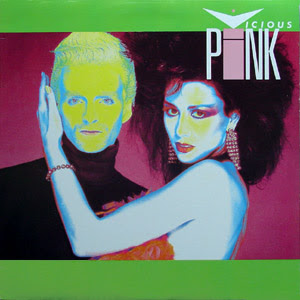