on May 28, 2012
Featureless Ghost is an Atlanta based synth-pop duo consisting of Matt Weiner and Elise Tippins. Performing and recording music together since 2007, Matt and Elise relocated from Brooklyn to Atlanta and spontaneously formed "Featureless Ghost. The music of Featureless Ghost gives a new landmark to the dark electronic synth-pop with their retro futurstic sound driven by analogue synthesizers and electro beats complemented with visual aesthetics and vintage collages.
The prolific duo has released 2 full lengths, 3 singles, and an EP. They have releases on Crash Symbols, Ruralfaune, and Double Phantom Digital and just released a cassette EP on Night-People. This will be followed by a vinyl LP this summer(2012), also on Night-People records.
More about Featureless Ghost, coming soon, stay tuned! 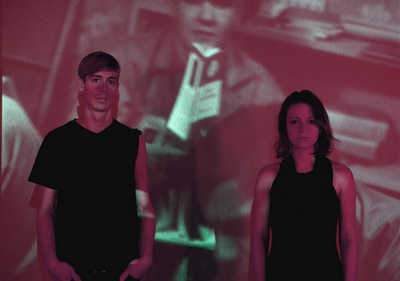