on May 15, 2012
Dramatis was Gary Numan's backing band which was formed around the core of Ced Sharpley and Chris Payne. They released a couple of singles and one album before disbanding in 1982. Both, their debut single "Ex Luna Scientia" (From the Moon) and their only album 'For Future Reference' were released in 1981 on 'The Rocket Record Co'. The single was backed bu "Lady D.J." which didn't appear on their album. Gary Numan provided vocals for the song "Love Needs No Disguise" which reached No. 33 in the UK Charts. 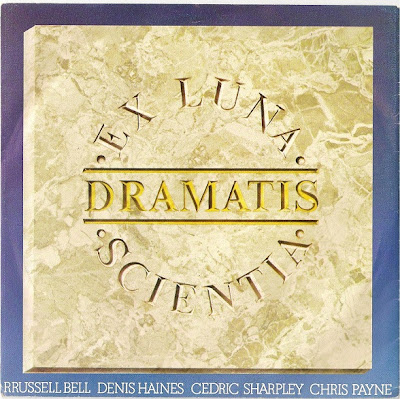