on May 23, 2012
The Durutti Column have announced that 'Short Stories For Pauline', the legendary shelved album is set to be released, complete with original FBN 36 catalogue number, on 18 June 2012. The album was originally recorded in Brussels in 1983 and was set to be the fourth album, after 'Another Setting', but was never released. The 14 tracks include "College", "Take Some Time Out" and "Duet". The latter was recorded with Blaine L. Reininger (Tuxedomoon viola player). New artwork has been prepared with the help of Crépuscule designer Benoit Hennebert and each purchase of the vinyl album comes with a free digital download. 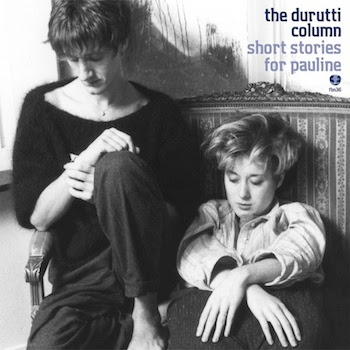