Reissue: The Chameleons- Script Of The Bridge

on April 23, 2012
The Chameleons seminal debut album 'Script of the Bridge' has been restored and re-mastered for vinyl at Abbey Road Studios, London. The gatefold package contains two heavyweight (180g) vinyl discs and also includes a CD, produced without the use of a 'limiter', which greatly increases the dynamic range of the recordings.
The restoration project was undertaken by production team Guy Massey and Steve Rooke, who received a Grammy Award last year for their work on the Beatles Box Set.This is the first time Script has been made available as a 'double album'. By dividing the tracks onto two 12" discs, the sound quality greatly increases with none of the compression that hampered the original vinyl. 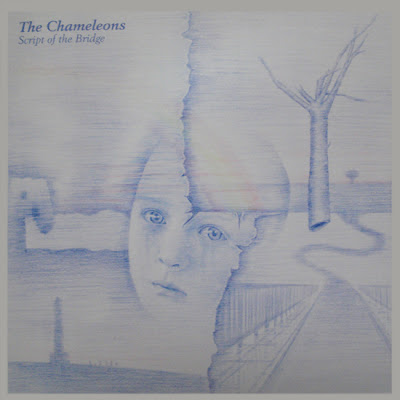