Men Without Hats Are Back

on April 22, 2012
Men Without Hats will return with a brand new album next month. This will be their first release in almost ten years and the follow-up to their 2003 record 'No Hats Beyond This Point'. The new album is entitled 'Love in the Age of War' and it is scheduled for release on May 22, 2012. The first single from the album "Head Above Water" was premiered on CHOM-FM Montreal and you can stream the song below. The song starts after a short interview segment. Stay tuned for  more info. 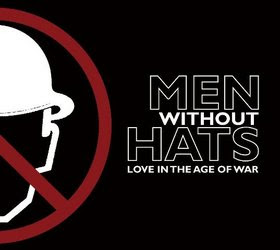