on April 29, 2012
"Paris" was the first single for Fatal Charm which was released in 1979. The song was written by the lead singer Paul Arnall who also sang the original version. In 1980, Sarah Simmonds joined the band and a year later "Paris" was re-released. Sarah's voice and Midge Ure production skils gave the record a whole new feel. They also recorded a video for it. The record featured "Christine" on a b-side and it was issued by Ariola. 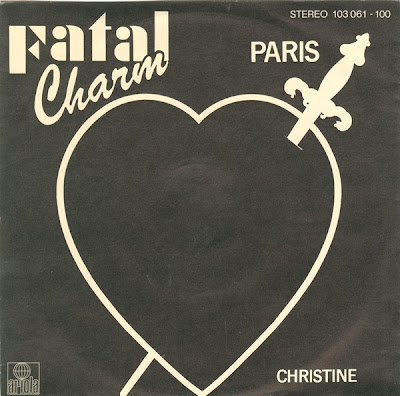