on March 28, 2012
Roxy Music will release a deluxe box-set entitled ‘Roxy Music: The Complete Studio Recordings 1972-1982’ on Monday 2 April, celebrating 40 years since the release of the band’s eponymous debut album in 1972. The release is the first of a major reissue campaign with Virgin Records.
‘Roxy Music: The Complete Studio Recordings 1972-1982’, an 8 CD + 4 DVD deluxe box set will feature all eight Roxy Music studio albums - 'Roxy Music', 'For Your Pleasure', 'Stranded', 'Country Life', 'Siren, Manifesto', 'Flesh And Blood', 'Avalon'. In addition, a selection of non-album singles, B-sides and remixes, some of which are available on CD for the first time ever will also be included. Each album will be represented on DVD format as high-resolution audio transferred digitally from the original analogue masters being transferred to digital audio, making this release an absolute ‘must have’ for Roxy Music fans and collectors.   Further reissues are planned for 2012 with details to be announced at a later date. 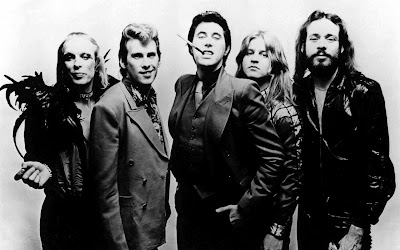