on March 20, 2012
The English group The Monochrome Set are set to release a brand new album on April 1st. The record is entitled 'Platinum Coils' and this is their first album in seventeen years. The album was recorded this winter and it sees the original band members Bid, Lester Square and Andy Warren reunited for a studio release. 'Platinum Coils' is released through the band’s own label, 'Disquo Bleu', and will, initially, only be available from their website http://www.themonochromeset.co.uk/ and for sale at gigs.

More info about the album and the review:
http://louderthanwar.com/monochrome-set-platinum-coils-album-review 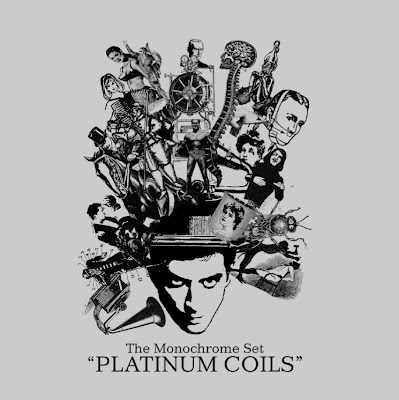