on March 29, 2012
March almost over, springtime slowly coming, here is the new singles round-up. We open the March singles round-up with Liz and Laszlo, a collaboration project between Arnaud Lazlaud (Automelodi) and Liz Wendelbo (Xeno & Oaklander) who have released "Rien à Paris", our single of the month. The American indie pop duo Beach House have returned after two years break with a wonderful new single "Myth". New album 'Bloom' is announced for May. The Swedish singer Jonna Lee aka iamamiwhoami continues with here multimedia project revealing the third single "Good Worker" which announce the new album which is going to be released in June. Erasure have issued the third single from their latest album 'Tomorrow's World' which was released last year. The single is entitled "Fill us with Fire" and it also includes several remixes of this song. Closing the March single's round up come the Black Keys. they have released "Gold on the Ceiling", the second single form their so much anticipated album 'El Camino' which was pronounced as one of the best albums of 2012. 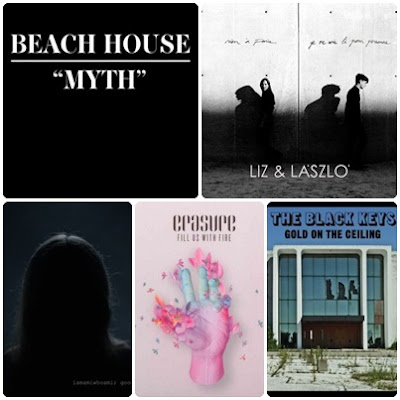