on February 29, 2012
Here is another great Smash Hits with Heaven 17 on front cover. This edition was issued in late February in 1982. It featured interviews with Heaven 17, Fad Gadget and Mary Wilson. Beside the usual singles and albums review, it was officially announced that both Human League's release the album 'Dare' and the single "Don't You Want Me" went platinum, selling millions of copies each. 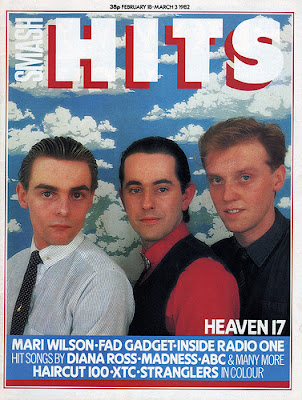