on February 18, 2012
The first two albums by Andreas Dorau's very own Die Doraus and Marinas have been reissued for the first time on CD and Vinyl. Their debut album 'Blumen und Narzissen' was originally released in 1981 and featured their huge hit "Fred From Jupiter" which Andreas wrote when he was 16. It also remained an all time NDW classic. The second album 'Die Doraus Und Die Marinas Geben Offenherzige Antworten Auf Brennende Fragen' was released two years later in 1983 and on this album Andres carried on where he left off with "Blumen und Narzissen": Pop hits in quick succession, but this time professionally produced and radio-friendly. Both albums were released in January on Bureau B. 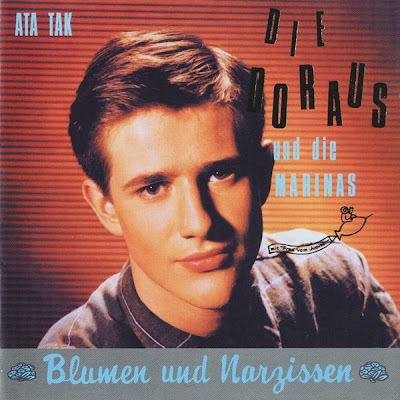