on February 15, 2012
Kraftwerk will give a series of eight performances, each devoted to one of its albums, as part of a Museum of Modern Art retrospective of the electronic music pioneers in April, museum officials said. The performances during “Kraftwerk-Retrospective 1 2 3 4 5 6 7 8,” on consecutive evenings starting April 10, will not only feature tracks from one of Kraftwerk’s albums, but also other original compositions intended to showcase the group’s influence on contemporary culture. Projected images, including 3-D ones, will accompany the music. The albums will be performed in chronological order, one each night, starting with “Autobahn” from 1974 and working up through “Tour de France” from 2003. 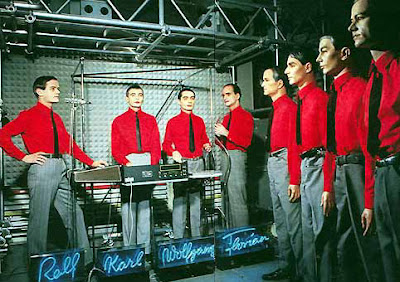