on February 17, 2012
"There's a Virus Going Round" was a first release for a Dutch group Spectral Display in 1982. This smooth synth pop gem which featured Arianne Kraak on vocals was released as 7" and 12" with "Hang Ups" as a b-side. Both songs were also included on their self titled debut album released in the same year. Their biggest hit "It Takes a Muscle to Fall in Love" was covered by M.I.A. on her last album. 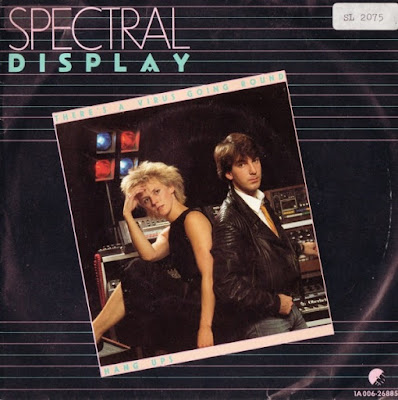