on February 24, 2012
February singles round up is here. We start with the second EP for Vince Clark and Martin Gore who record together under a name VCMG. Their second single is called "Single Blip" it is out on Mute and features four remixes of the song. Amanda Mair has released "Sense", the third singe from her self titled debut album out on Labrador. Zola Jesus and Kasabian have both released fourth singles from their albums which were released last year. Kasabian are back with "Goodbye Kiss" and Zola Jesus with "In Your Nature". Now some elctronic dream pop; M83 have issued "Reunion", a second single from their so much anticipated 2012 album 'Hurry Up, We're Dreaming' and Mauro Remidi aka Porcelain Raft has released "Unless You Speak From Your Heart" which is included on his recent album 'Strange Weekend'. Last but not least, Ladyhawke is back with "Black, White & Blue" which announces her new album coming this spring. Not so impressive as we expected it would be, but lets wait for the album and see. 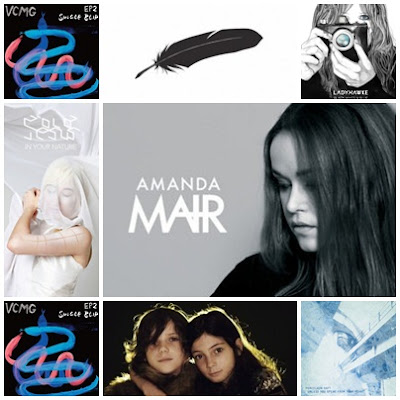