on January 12, 2012
Dot Dash was formed out of the ashes of the punky power pop outfit Julie Ocean. The Washington based group consists of guitarist/singer Terry Banks and bassist Hunter Bennett who were later joined by Enlisting Danny Ingram on drums and Bill Crandall on guitar. The band took its name from a Wire song, but rather than leaning toward Wire's jagged art-damaged punk, Dot Dash bore more similarities to the jangly, mod-inflected sounds of unofficial ringleader Terry Banks' former groups Glo-Worm and the Saturday People. The summer of 2011 saw the release of the band's first full-length endeavor, Spark>Flame>Ember>Ash, a 14-song collection recorded in three afternoons. The album is available via iTunes, eMusic and Amazon. 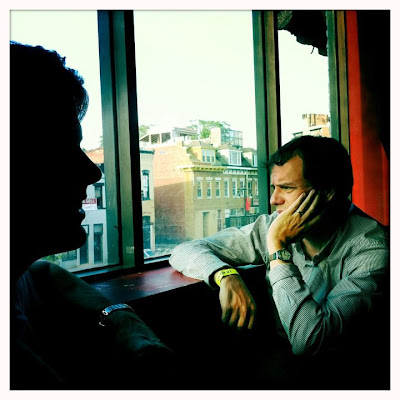