on January 11, 2012
'Lectric Workers were an Italian dance act consisting of Franco Rago, Gigi Farina, X. Monneret. They made their debut with "Robot is Systematic" in 1982. It was their only hit which was released in several different remix versions in 2001. It remained a dance floor classic in the clubs throughout Europe. 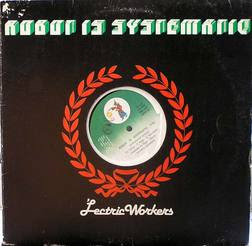