on January 09, 2012
Howard Jones, one of the true eighties icons and godfathers of modern electronic dance music will embark on a nationwide UK tour on Wednesday 11th April at the O2 Academy Bristol. This will be the first time that Howard will perform his first two studio albums 'Human’s Lib' and 'Dream Into Action' back to back, live in their entirety, on a full-scale nationwide UK tour. In this small interview for Burning Flame, he reveals more information about the upcoming tour, career highlights and further plans in music. 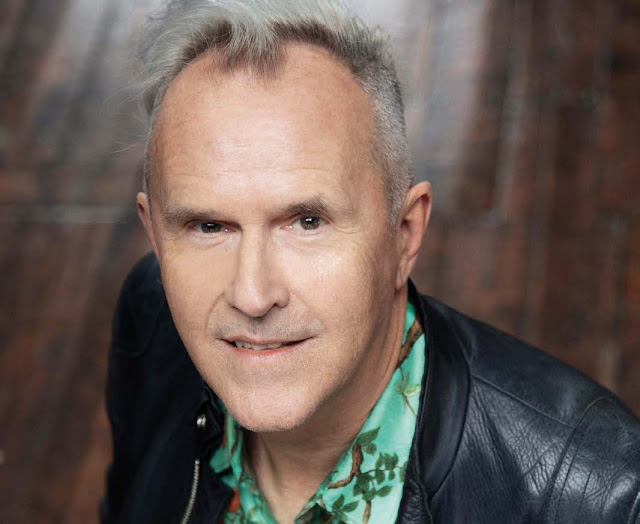 1.Your recent North American Tour turned out to be very successful. The promoters were hoping for 1500 ticket sales but it turned out to be a complete sell out with 2,750 tickets sold. Did you expect this kind of success?
I know from my point of view, the stage that the gigs were well attended and the audiences were really enthusiastic. We played club type venues mainly with people standing. I think this is a great way to enjoy the show.

2.You will embark on a nationwide 8-date UK tour in April. Do you see yourself performing in your home country as a bigger challenge?
I am very excited about taking the HL, DIA tour around the UK. I love touring in the UK you don't have to fly every day and i have such dedicated fans that make it such a pleasure

4.Two years ago, you performed your first two albums in their entirety. They were also reissued for the first time in Europe. Do you wish you could have re-recorded any of the songs?
November 2010 was the first performance of the DIA/HL tour which we filmed and recorded. This coincided with licensing my first 5 albums from Warner Bros. which meant we could re-master them and get them sounding as good as possible. I have no regrets about the recordings they were the way I wanted them to be at the time and I'm happy with that.

6.Do you still get pleasure from the music you grew up listening to? If yes why? If no, why not?
I like music from all ages and genres. I have 1200 songs on my iPod which covers everything from classical choral music to rap. there is something to enjoy and learn from all music.

7.Do you miss the days of being famous and a pin-up in teen mags?
No, my ambition was not to be famous but to be able to do the things I loved, which was writing recording and performing music. I am very happy being known by the people who care about my music, and that suits me very well.

8.Looking back over your career, can you instantly spot highlights?
Live Aid, headlining Madison Square Garden NY, Jamming with Stevie Wonder, me and him for 30 minutes. Recording Hide and Seek at Abbey Road with a 100 piece orchestra, Doing the Grammy's with a band of Tom Dolby, Herbie Hancock , and Stevie Wonder. Spending 2 hours chatting with Steely Dan’s Walter Becker.

9.Your last album ‘Ordinary Heroes’ was very well received even though it was a not typical Howard Jones record. Do you think of it as an exception or would you like to continue in this direction?
I was very pleased with O.H. I think the next album will be very electronic, and will have the electronic touring band in mind.

10.Do you have your own favourite kind of music and is it any different to what you play now?
I am really into choral music I am the musical Director and writer for a choir "The Glorious Life Chorus "which is a Buddhist choir of about 100 people that meets to rehearse once a month.

11.What was the last CD you bought?
Light and Gold - Eric Whitacre

14.Which band would you like to see reunited or which musician would you like see releasing new material?
I'd like to see the surviving members of Japan get together, and Scritti. I wish Paul Buchanan of Blue Nile would release some new things.

15.Which artist, living or dead would you like to duet with?
Paul McCartney

16.Anything else exciting on the horizon of Howard Jones in 2012, any tour dates around Europe?
Japan in February, South Africa, UK tour in April, another trip to the US in the summer and Autumn. Some new recordings starting in March.