on November 08, 2011
Azure Blue is a new side project by Tobias Isaksson, an established artist, talented songwriter and a colorful profile on the Swedish pop scene. His musical project is named after the azure blue waters of the Mediterranean as a paraphrase of Dennis Wilson's 'Pacific Ocean Blue'. Supplementing the blue colour come the summery, gentle and sentimental tones of his music. His debut album 'Rule of Thirds' will be released on November 17th 2011. "Catcher in The Rye" is one of the first single releases from the album. 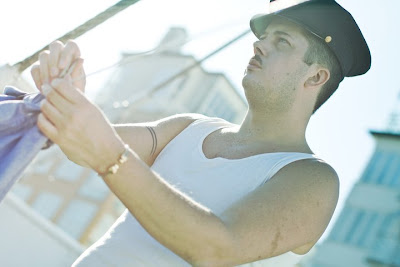