Thomas Dolby- The Map of The Floating City

on October 04, 2011
Thomas Dolby's latest release is almost completed. Following the release of 'Americana' and 'Oceanea' EPs which were released in 2010/11, it is expected that the third part 'Urbanoia' will complete the new album trilogy 'The Map of The Floating City'. The songs from 'Urbanoia' were premiered online as part of the Floating City game.
'Map Of The Floating City' game is a multiplayer online game that shares a title with the full-length album release planned to follow after the game's conclusion. The game included elements of trading, mystery, competition, and cooperation where players earned free song downloads. The completed new album will be his first one in twenty years. 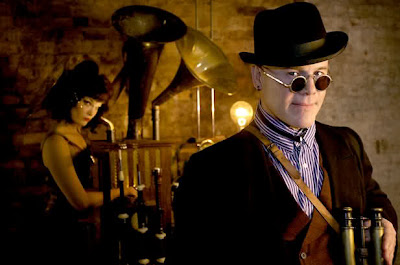