on October 22, 2011
October seems to be black and white with some great singles lined up. Our single of the months is the new Ropes single entitled "The Lack of Technology Made Me A Killer", available digital with three more tracks. Xeno & Oaklander have released "Sets and Lights" their second single from the album of the same name, also released this month. "Blood, Tears and Gold" is the sixth single  for Hurts from their debut album and one of their best so far. Kate Bush returned with the snowy "Wild Man" which announces the new album for November. Last but not least, REM have split, everyone knows by now. They officially say goodbye with their last single "We All Go Back to Where We Belong". 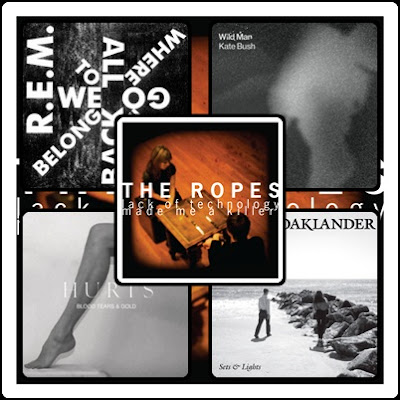