on August 23, 2011
'Konnecting...' is a new Mute compilation which will be released later this month. This 15 track compilation of electro-pop brings together for the first time the works and three guises of electronic pioneers David Baker and Simon Leonard - I Start Counting, Fortran 5, Komputer. 'Konnecting...' tracks the duo’s output from the first Mute release, "Letters To A Friend"  (I Start Counting, 1984), through to the club hit, "Heart On The Line" (Fortran 5) to the very British electronic pop/folk music of "Headphones And Ringtones" and "Like A Bird", from Komputer’s 2007 release, 'Synthetik'. The release of 'Konnecting...' celebrates the duo's revisiting of their previous incarnations in the live set, and looks forward to a forthcoming Komputer release. 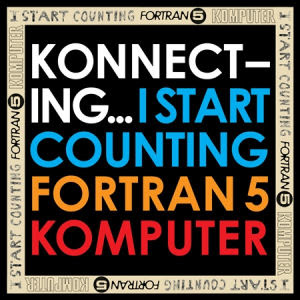