on July 14, 2011
Tones on Tail was formed in 1981 as a duo of Bauhaus guitarist Daniel Ash and Bauhaus roadie-turned-bassist Glenn Campling. This eclectic side project of Daniel Ash recorded experimental material in various styles and it was psychedelic and light-hearted antithesis of Bauhaus’ gloom and doom reputation. Tones on Tail made their debut in 1982 with the self titled 12”EP announcing the new “doom-and- dance pop” and released their first single “There is Only One”. 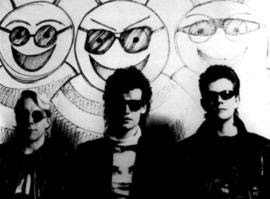 After the breakup of Bauhaus in 1983, they were joined by drummer Kevin Haskins and Tones on Tail officially became a trio. During 1983, they released the “Burning Skies” EP which was also released as a single. They recorded material for their debut album ‘Pop’ which was released in 1984. The album featured some great songs which were released as singles during the same year including: “Christian Says”, “Lions” and “Go!” which was also a sample source for Moby’s “Go” The band did a short UK and USD tour and disbanded in 1984. A year later, three of the former Bauhaus member went on to form Love and Rockets. 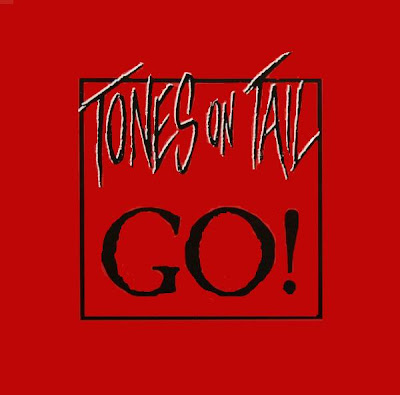 The whole recording material has been reissued on CD in 1987 and 1998 appearing on compilations “Night Music” and “Everything”, both reissued by ‘Beggars Banquet’. This year the same record label has released a first vinyl compilation entitled ‘Weird Pop’ which contains 19 tracks by the group including all the singles.