on July 07, 2011
Following the tragic death of John Lennon in December 1980, the world was still in mourning after suffering one of the most influential musical minds of all time. All this did also had impact on the charts as his biggest hits "Woman" and "Imagine" dominated the music charts. Even Roxy Music paid tribute by covering "Jealous Guy". Apart from this, the charts were still dominated by the rising stars from 1980, Adam and the Ants, The Police had more hits. Human League has re-formed this year exiting the dark phase and releasing "Don't You Want Me Baby" which together with Soft Cell's "Tainted Love" helped to emblem the music style which would in the coming years be known as Synth-pop, at least on the old continent. Along with the increasing popularity of synth driven music, the New Romanitic movement slowly grew to fame as new kids adopted synths and started wearing lipstick. Perhaps the biggest event of the year was the launch of MTV which aired "Video Killed a Radio Star" by the Buggles. The song became a huge hit, the band disappeared short after and MTV lost its charm meanwhile, the rest is history.
In the context of 30 years of 1981, we have done a poll to celebrate 1980 and to see how the songs and artists are rated after 30 years. Below find the result of the poll and votes. 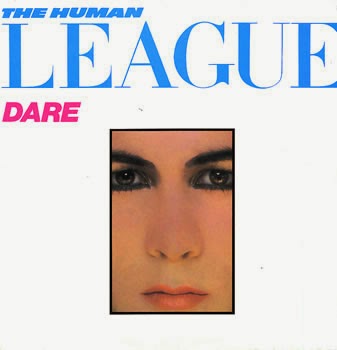 1. The Human League- Dare  [Virgin]
‘Dare’ was released in 1981 as Human League’s third album and most successful album to date. It was released shortly after the departure of founding members Martyn Ware and Ian Craig Marsh and after the dancers/backing vocalists Joanne Catherall and Susan Ann Sulley joined the band and their music began to change from avant-garde to commercial pop. “Don’t You Want Me Baby”, “Love Action” and “The Sound of the Crowd” were just some of the hit singles that were released as singles. Martin Rushent received the 'Best Producer Award' at the 1982 Brit Awards for the production and the success of the album led to the band winning the award for 'Best British Newcomer'. ‘Dare; became critically acclaimed and has proved to be a genre-defining album, whose influence can be felt in many areas of pop music The album and its four singles were hugely successful commercially, with the album reaching #1 in the UK and being certified Triple Platinum by the BPI.

‘Speak and Spell’ was the debut album by Depeche Mode which was produced and released in 1981. It was the only album that featured Vince Clark before he left to form Yazoo and later Erasure. The album differs in tone and style if you compare it with band’s later work who will feature Martin Gore on songwriting duties. ‘Speak and Spell’ featured the hit singles “Dreaming of Me”, “New Life” and their big breakthrough “Just Can’t Get Enough”.  The album was originally released by Mute and it was reissued in 2006/2007 with bonus tracks.

4. Orchestral Manouvers in the Dark- Architecture and Morality [DinDisc]
‘Architecture & Morality’ is the third album by the British synthpop band Orchestral Manoeuvres in the Dark, released in 1981. Its associated singles – "Souvenir", "Joan of Arc", and "Maid of Orleans (The Waltz Joan of Arc)" which sold more than 8 million copies combined. According to the album's credits, its title was suggested to the band by Martha Ladly, formerly of Martha and the Muffins, after the 1977 book Morality and Architecture by David Watkin. All songs were written by Andy McCluskey and Paul Humphreys while the artwork has once again been provided by Peter Saville. ‘Architecture & Morality’ is widely regarded as one of the greatest electronic albums of all time which sold over 4 million copies.

5. The Cure- Faith [Fiction]
‘Faith’ is the third studio album by the Cure, released on 14 April 1981 by record labels Fiction and Polydor. The album was a moderate success commercially and received ambivalently critics. It saw the Cure continuing in the gothic rock vein of 1980's ‘Seventeen Seconds’, which would conclude with the band's next album, ‘Pornography’. The album featured only one single release which was covered by the Dandy Warhols for the Cure tribute album ‘Perfect as Cats: A Tribute to The Cure’. ‘Faith’ was reissued in the UK  in 2005 as part of Universal Music's Deluxe Edition series.

“Computer World” is the eighth studio album by Kraftwerk, released on 10 May 1981. The album deals with the themes of the rise of computers within society and critics see this album as a peak in the career of Kraftwerk, along with ‘The Man-Machine’ and ‘Trans-Europe Express’.  “Computer Welt” was the only single release from the album which was backed by “The Model” previously released in 1978. The album was certified silver by the British Phonographic Industry (BPI) and Slant Magazine placed the album at number twenty-five on its list of "The 100 Best Albums of the 1980s". The album was remastered in 2009.

‘Tin Drum’ is the fifth and final studio album by Japan released on Virgin Records on 13 November 1981.The band continued to work with electronic music leaning more towards the eastern elements and style. Four of the eight tracks from the album were released as singles including album’s most successful and most memorable song “Ghosts”. The album itself peaked at #12 in the UK and was certified "Gold" by the BPI in 1982. It was awarded BBC Radio 6 Music's 'Goldie' award for the best album of 1981. ‘Tin Drum’ was reissued in 2004.

8.Ultravox- Rage in Eden [Chrysalis]
‘Rage in Eden’ was the fifth album by the British new wave band Ultravox  released in 1981 on Chrysalis. The album reached #4 in the UK album charts and was certified Gold by the BPI for sales in excess of 100,000 copies. The album featured the singles “The Voice” and “The Thin Wall”, both reaching top 20 in the UK charts. The album sleeve for ‘Rage in Eden’ was designed by Peter Saville while all the reissues after 1981 featured different artwork, due to licensing problems concerning the original cover. The remastered definitive edition, released in 2008, features a second disc containing rare and previously unreleased material. In addition to this, the original front cover artwork has been reinstated.

Duran Duran released their self-titled debut album on EMI Records in the summer of 1981. The album reached No. 3 on the United Kingdom charts and remained in the UK Top 100 for 117 weeks, achieving platinum status by December 1982. It featured a mixture of different music styles from New romantic to synth-pop. “Planet Earth”  was the first official release while the album also featured “Girls on Film”, the best-selling single from it. The album was reissued in 1983 following the success of ‘Rio’ in the US and it was remastered in 2010 as a special edition.

‘Movement’ was the debut studio album by the English rock band New Order, released in November 1981 on Factory Records. The album was released a year after the Joy Division have split after the tragic death of Ian Curtis and it was not particularly well received by critics or consumers. The album  was produced by Martin Hannett while the artwork was once again created by Peter Saville. In 2015, after the release of their tenth album, Music Complete, the album was remastered and released in the US iTunes Store.