on June 19, 2011
Soft Metal is a duo from Portland consisting of Patricia Hall and Ian Hicks who met at the audition for a band. Their mutual love is early 80s synth pop, ebm, krautrock, post punk, and the first wave of industrial music set the course. After a few sessions together the partnership proved to be exactly what they had both been searching for and Soft Metals was born in 2009. 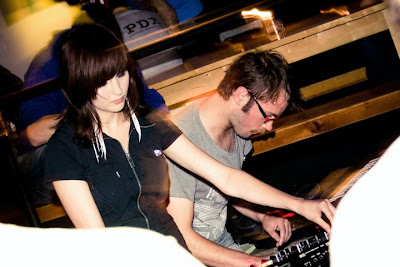