on June 18, 2011
June singles round-up is here, the last one before the summer break. The single of the month comes from one of the best albums from last year by Ariel Pink's Haunted Graffiti. Really a good choice for a second single, "Fright Night", perfect synth summer jam. The Human League have released "Egomaniac", a third single from their recent comeback album 'Credo' and from White Lies' 'Ritual' comes the new single called "Holy Ghost". Mirrors have re-released their single "Look at Me" which was originally released in 2009. Lover Lover make their debut with the groovy and catchy "Freebirds" and the last one for this edition, great news for Rapture fans as they have announced the new album for September. Meanwhile, here is their latest, "How Deep is Your Love?" 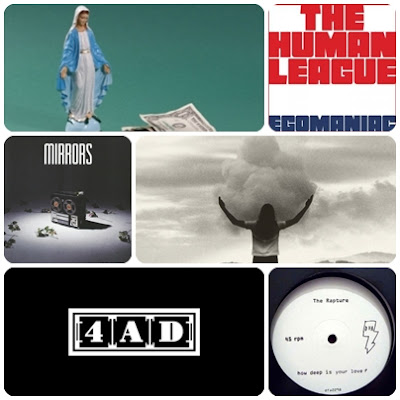