on May 17, 2011
Talk Talk is an English band which was formed in the early 80’s consisting of Mark Hollis (vocals), Simon Brenner (keyboards), Lee Harris (drums) and Paul Webb (bass guitar). The group released five brilliant studio albums and several hit singles during their ten year existence. In the early years, they were generally associated with the New Romantic movement and their music was mainly based on synthesizer sound. Due to some line-up changes, the band managed to transform their music into the authentic Talk Talk and to serve more complex and organic sound. On both tracks, the band remains as one of the most influential bands in the music history.

The group was formed around a nucleus of drummer Lee Harris, bassist Paul Webb, and singer and chief songwriter Mark Hollis. Previously Mark had been in the band the Reaction until its disintegration in 1979. Mark Hollis continued to write music and he was offered some studio time to demo his song writing in 1981. Rehearsals with Hollis's new material went well, Simon Brenner was introduced on keyboards and the band officially became a four–piece group Talk Talk. The band's demo material and a couple of gigs secured them a session on Radio One, and a subsequent deal with EMI. 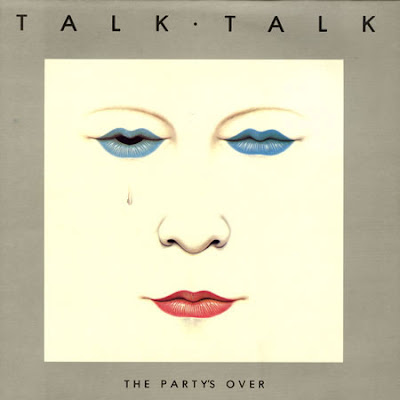 Talk Talk's first line-up released a self-titled debut EP in 1982 which was quickly expanded into a full-length album entitled ‘The Party's Over’ which was produced by Colin Thurston who was also producing albums for label mates Duran Duran. The album itself was not a huge success upon release and reached 21 after the single “Today” topped the charts. ‘The Party’s Over’ remained the only album on which writing credits were shared by the entire band.
In 1983 Simon Brenner left the band, just after the non-LP single “My foolish Friend” was released as a single. Later he was replaced by Tim Fries-Greene who became Talk Talk’ unofficial fourth member, Hollis frequent songwriting partner and a major contributor to the band’s studio output. Friese-Greene did not regularly play with the band during live shows or appear in publicity material and the band was officially a trio.
Nothing further was released for a year and Mark Hollis spend the whole year writing new material and assembling musicians to record a follow-up. Talk Talk became a looser more flexible creative unit and abandoned synthesizer s as the main instrument of the band. Their second album ‘It’s my Life’ was released in 1984 and two songs from the album, "It’s my Life" and "Such a Shame" became top ten hits around Europe, but were largely ignored in their native UK. Their new sound featured more melodic arrangements and guitars for the first time. Things went quiet after the third single release and Talk Talk came up with a mini LP release which featured extended and remixed versions of the previously released singles. 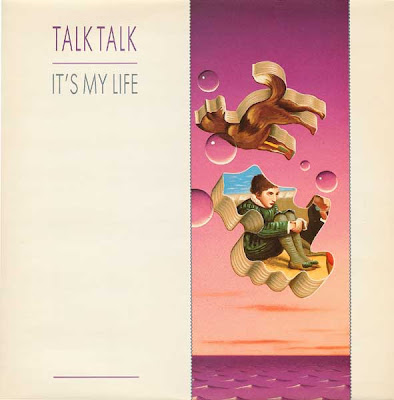 The band started recording again throughout 1985 and their first result was the stunning new single “Life’s What You Make It”, released in 1986. The album was released a month later. Instead of synthesizers the, ‘The Colours of Spring’ was a record of rich textures and featured natural instruments and more organic sound. The album went gold and became their biggest studio album success in the UK. Talk Talk launched a major world tour to promote it. Most notable among those concerts was the one at the 'Montreaux Jazz Festival'. 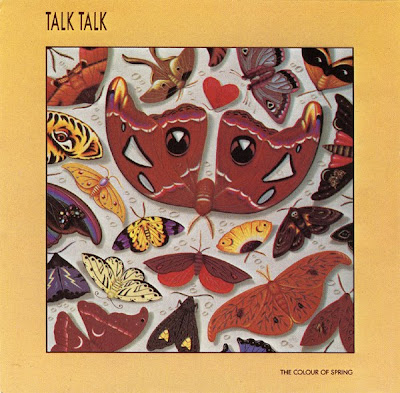 The success of ‘The Colour of Spring’ afforded the band a bigger budget and schedule for the recording of their next album. Their next record ‘Spirit of Eden’ was released in 1988, on EMI's Parlophone label. The album was assembled from many hours of improvised instrumentation that Hollis and Friese-Greene had edited and arranged using digital equipment. The result was a mix of rock, jazz, classical, and ambient music. Although the album made the UK Top 20 upon release, the band declared they would not tour in support of it. During the making of ‘Spirit of Eden’, Talk Talk manager Keith Aspden had attempted to free the band from their recording contract with EMI, and after many months of litigation, the band ultimately succeeded in extracting themselves from the contract. EMI then sued the band, claiming that 'Spirit of Eden' was not "commercially satisfactory", but the case was thrown out of court. 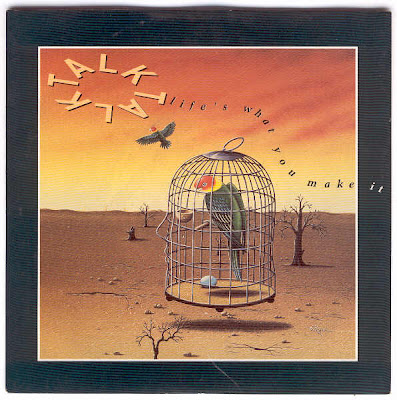 With the band now released from EMI, the label released the retrospective compilation ‘Natural History’ in 1990. It peaked at number 3 on the UK album chart and was certified Gold by the BPI for sales of over 100,000 copies, and eventually went on to sell more than 1 million copies worldwide. The 1984 single "It's My Life" was also re-released, and this time became the band's highest charting single in their native country, reaching number 13 on the UK Singles Chart. A re-release of the single "Life's What You Make It" also reached the Top 30. Following up on this renewed popular interest in the band, the label then released ‘History Revisited’ in 1991, a compilation of 12 inch singles and alternative versions which made the Top 40, an unusually high placing for what was effectively a remixes album. The band sued EMI for releasing the remixed material without their permission.
In 1990, Talk Talk signed a two-album contract with Polydor Records. They released ‘Laughing Stock’ on Polydor's Verve Records imprint in 1991. The album crystallized the experimental sound the band started with ‘Spirit of Eden’ and adopted an even more minimalist style than its predecessor. 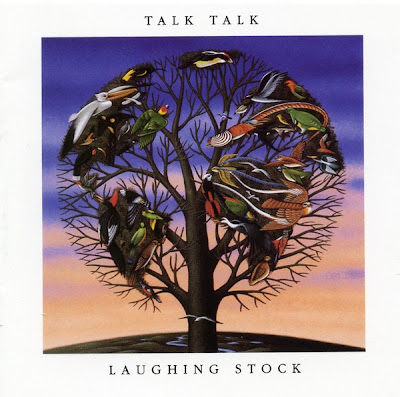 Note:The artist James Marsh designed the first cover image for It's My Life based on the band's name. He followed the theme for subsequent singles, remaining the band's artistic frontman and creating all their covers and posters throughout their career.


After Laughing Stock, Talk Talk disbanded in 1992. Paul Webb rejoined Lee Harris, and the two went on to form the band .O.rang, while Tim Friese-Greene started recording under the name Heligoland. In 1998, Mark Hollis released his self-titled solo début 'Mark Hollis', which was very much in keeping with the minimalist post-rock sound of 'Spirit of Eden' and 'Laughing Stock'. Hollis retired from the music industry shortly afterwards.
Twenty years after Talk Talk disbanded, EMI has reissued a double CD compilation which features the group’s most successful albums to date, ‘It’s My Life and ‘The Colour of Spring’. In his recent blog entry Alan Wilder announced that he has recorded a cover track for the upcoming Talk Talk tribute album. Full updates will be up as the project is confirmed.
On February 24th, it was reported on social media that the lead singer and the creative mastermind of Talk Talk has passed away. The news was confirmed the next day. His former manager confirmed that his death after two days saying that Hollis died  after "a short illness from which he never recovered"