on May 23, 2011
Time to reveal the best singles released in the month of May. We begin with one of my favorite songs for this spring by the Swedish band Daybehavior who have just released a wonderful single "Silent Dawn". The band will release a new album during this summer and reveal more info about that in the upcoming interview. The French group Indochine have recorded a tribute song "Un Ange à ma Table" which is inspired by the earthquake and tsunami in Japan. Stranger Station have released their first single in thiry years, "Cynthia", a direct follow up to their only single "Minutes to Silence". Ladytron were all in the news with the first single from the new album entitled "White Elephant", the album is out later this year. Austra have released the second single "Lose It" from their much anticipated debut album 'Feel it Break' and Austin based Boy Friend make their debut with the dreamy "Lovedropper". Finally, the long awaited Blondie album is out this month as well as the title track and lead single "Mother". 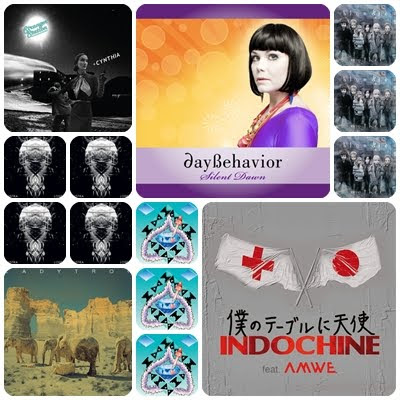