on May 06, 2011
"Kraftwerk: Publikation" is a new and major biography of the first-ever all-electronic pop group and one of the most influential bands in popular music history. David Buckley examines the cult enigma that is Kraftwerk, including their beginnings in the avant-garde musical terrain of late-Sixties Germany and their Anglo-American breakthrough with "Autobahn" in 1975, as well as their astonishingly prescient work, which drew the musical template for techno, ambient, dance and all manner of electronic pop. 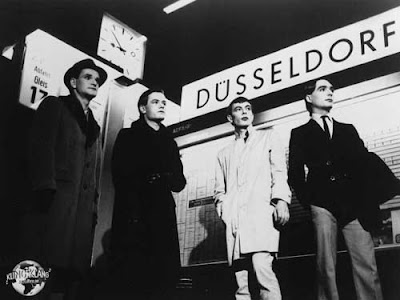 The inner workings of this most secretive of bands are revealed through interviews with friends and close associates, whilst the story of their incredible impact on modern music is traced up to the present day using interviews with a host of musicians, from original electro pioneers such as Gary Numan, the Human League, OMD and John Foxx, to contemporary acts still in awe of the original Man Machines.
Source info