on May 06, 2011
Savage Furs is a London based trio consisting of Del Jae(Vocals), JJD and Chris Flatline. Their music displays the image of shadowy eroticism melting with the music’s synthpop vanguard and industrial tones. In the recent interview for the Burning Flame Blog Del Jae, JJD and Chris told us more about the band, their influences , favorite music and their plans for the future. 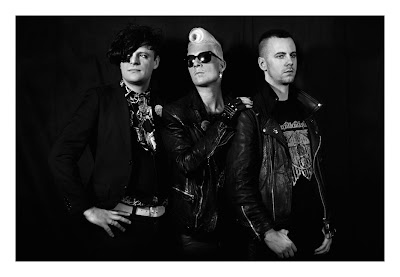