on April 22, 2011
Clockwork Orchestra is a quirky electronic band from Dublin led by Irish oddball Mango. His songs sound something like broken toys, miserable old men, vintage children’s TV shows, rotting fish, burning plastic and digital clown nightmares. Since August 2010, Clockwork Orchestra have released a series of songs accompanied by animated videos created by a variety of artists and plan to release their debut album later in 2011. In an Interview for Burning Flame Blog, he tells us more about his music, influences and his musical style. 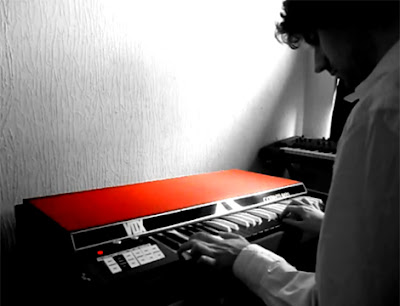 1. What is the origin of your band name, who is Clockwork Orchestra?
The name comes from the mechanical orchestra depicted in the 1971 film “The Abominable Dr. Phibes” which stars Vincent Price. It also relates to the nature of the music itself and my frequent use of orchestral sounds and samples.
Most of the music released so far was written and produced by me. After I record a song, my collaborator Paul O’Byrne and I drive around the streets of Dublin in the middle of the night mulling over the mixes and other musical ideas. In general I prefer to work alone but we are currently composing a song together for a change.


2. In what way is your music related to your art?
We’ve released a series of animated music videos to accompany the songs created by a variety of artists including two that I made myself. I had a frustrating time in art college which discouraged me from pursuing a career as a traditional artist. Instead, I try to work artistic elements into Clockwork Orchestra whenever possible. I have also created several illustrations to accompany some of the songs which can be found in the artwork section of the Clockwork Orchestra website.


3. Who do you consider as a major influence at the start of your musical career?
Many different things have influenced me from old children’s TV show theme tunes to early computer games. As for musicians, my greatest influences tend to be the new wave and no wave artists of the late 70s early 80s. The film/soundtrack “Urgh! A Music War” had a big impact on me as it introduced me to lots of interesting bands and artists such as Wall of Voodoo, Pere Ubu and Klaus Nomi.


4. What genre of music do you consider your work to be? Main themes and topics of your songs…
I try to avoid genre classification. As the music is largely electronic it tends to be referred to as electro or synthpop but in truth I don’t think that it fits in comfortably with these styles.
Some of my lyrical themes are fairly straightforward while others are more abstract. For instance, the song “Talking To The Flowers” deals with ageing and loneliness whereas a track like “Tragic Roundabout” hints at topics (in this case temptation and corruption) without expressing anything too directly.


5. How do you promote your live shows and your music?
So far we have not played live as Clockwork Orchestra but with our growing fan base it is gradually becoming an inevitability. Thankfully it is relatively easy to promote music online these days whereas in the past, playing live would have been essential. The downside of the popularity of the Internet is that it has become very difficult to make a living from music these days.


6. Who are you trying to address and entertain with your music?
Ideally I want to reach people who like to think about music as well as simply listen to it. My friends and I are what you might call outsiders and oddballs so maybe I’d like to appeal to people like that.


7. What do you miss in today’s music the most?
Personality. It seems to be a crucial element sorely lacking in much of the music being produced nowadays. A lot of the so called “quirky” bands of the last decade sound very forced in my opinion.


8. What is your all time favorite record, song, album?
This is extremely difficult to choose but it would probably be something by The Stranglers. I think the post-punk albums that they released between 1978 and 1983 contain some of the most interesting music ever recorded.


9. What do you listen to these days?
In terms of modern music, I have recently been listening to Dominique Leone (a former critic who started releasing his own music in 2007) and a highly unique band from Finland called Kompleksi.


10. Any further single releases in the near future, album plans?
I am currently working on several tracks that will appear on the first full length Clockwork Orchestra album which I hope will be completed by the end of 2011. In the meantime, there will be several animated music videos to accompany some of the existing songs that have already been released.


11. How can fans-to-be gain access to your music? Do you have a website with sample songs or a demo CD?
The best way to hear the music or watch the videos is to visit the official site: www.clockworkorchestra.com
I also regularly post updates on the Clockwork Orchestra Facebook and Twitter pages and if anyone feels like parting with their money in exchange for songs they should search for Clockwork Orchestra on Bandcamp. 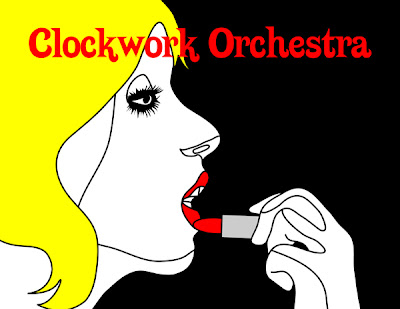 
In Conversation Next Wave